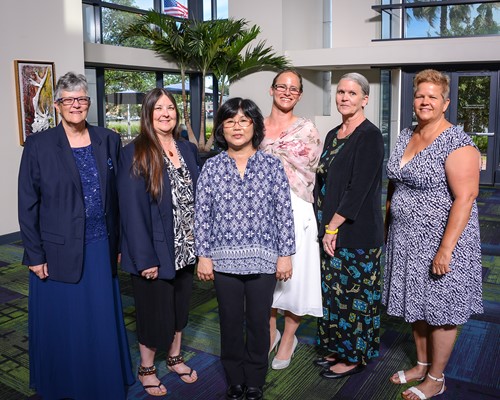 These women were among the select group of inductees honored during a three-day event held in Savannah, Georgia, recognizing their outstanding safety records and professionalism behind the wheel. Each of the inductees honored has driven more than one million consecutive miles without a preventable accident.

Two of the women also were awarded the Landstar Roadstar® distinction. This is the highest level of recognition a business capacity owner (BCO), Landstar’s term for independent owner-operator, can receive at Landstar. During the event, Landstar BCO Cecelia Logan was inducted as both a Million Mile Safe Driver and a Roadstar honoree. Landstar BCO Lori Nelson achieved one million safe miles with Landstar in 2015 and received the Roadstar distinction during the July 2018 awards ceremony.

“These professional owner-operators and their outstanding productivity and safety record raises the bar for the entire trucking industry,” said Landstar President and CEO Jim Gattoni. “They are among the safest owner-operators in the transportation industry.”