Hero on the Highway

After witnessing a multi-vehicle accident on Texas Interstate 45 this summer, Landstar Business Capacity Owner* Aaron “Buford” Williams didn’t hesitate to get out of his truck to help.

A trained firefighter and EMS, Williams says he is always prepared for anything he encounters on the road. When the accident happened, Williams says, he was simply in the right place at the right time to offer help.

“It all happened right in front of me as I was driving down the interstate. I watched a large semi-truck cross over the median and drive right into oncoming traffic,” says Williams. “There were five vehicles involved, everyone in the accident was injured. I am just thankful I was there to help and that I have the skills to help in emergency situations like this.”

Realizing he was the first responder on the scene and about an hour away from the nearest hospital, Williams says, time was of the essence as he delivered urgent medical care to the injured accident victims.

“I’d like to think anyone with the training I have would do the same thing I did that day,” says Williams. “The timing was critical to get these people medical attention. Once emergency responders arrived, the three critically injured patients were flown by helicopter to the nearest hospital for care.”

Williams, an independent owner-operator who leased on to Landstar in 2014, is a retired career firefighter and EMS. He keeps his skills as a first responder active by volunteering at the local fire department in his home town. 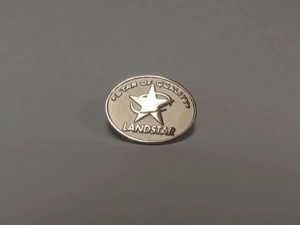 Landstar’s Platinum Star of Quality Award is only given in exceptional circumstances, intended for Landstar’s Heroes of the Highway who are faced with a life or death situation.

If you would like to nominate a Landstar agent or independent owner-operator for a Landstar Star of Quality Award, please email: StarQ@Landstar.com.